The empire fell. A single well-coordinated mechanism, which has been improving over the years, has become so huge that its individual elements no longer lend themselves to proper control. There are too many abandoned facilities in Russia. It is no longer surprising if on the way home you find another palace, buried by time and untouched by civilization. Nothing is eternal. It was just a small nut in a number of aviation industries. Here they prepared for thousands of people working for the welfare and prosperity of the domestic engineering industry. 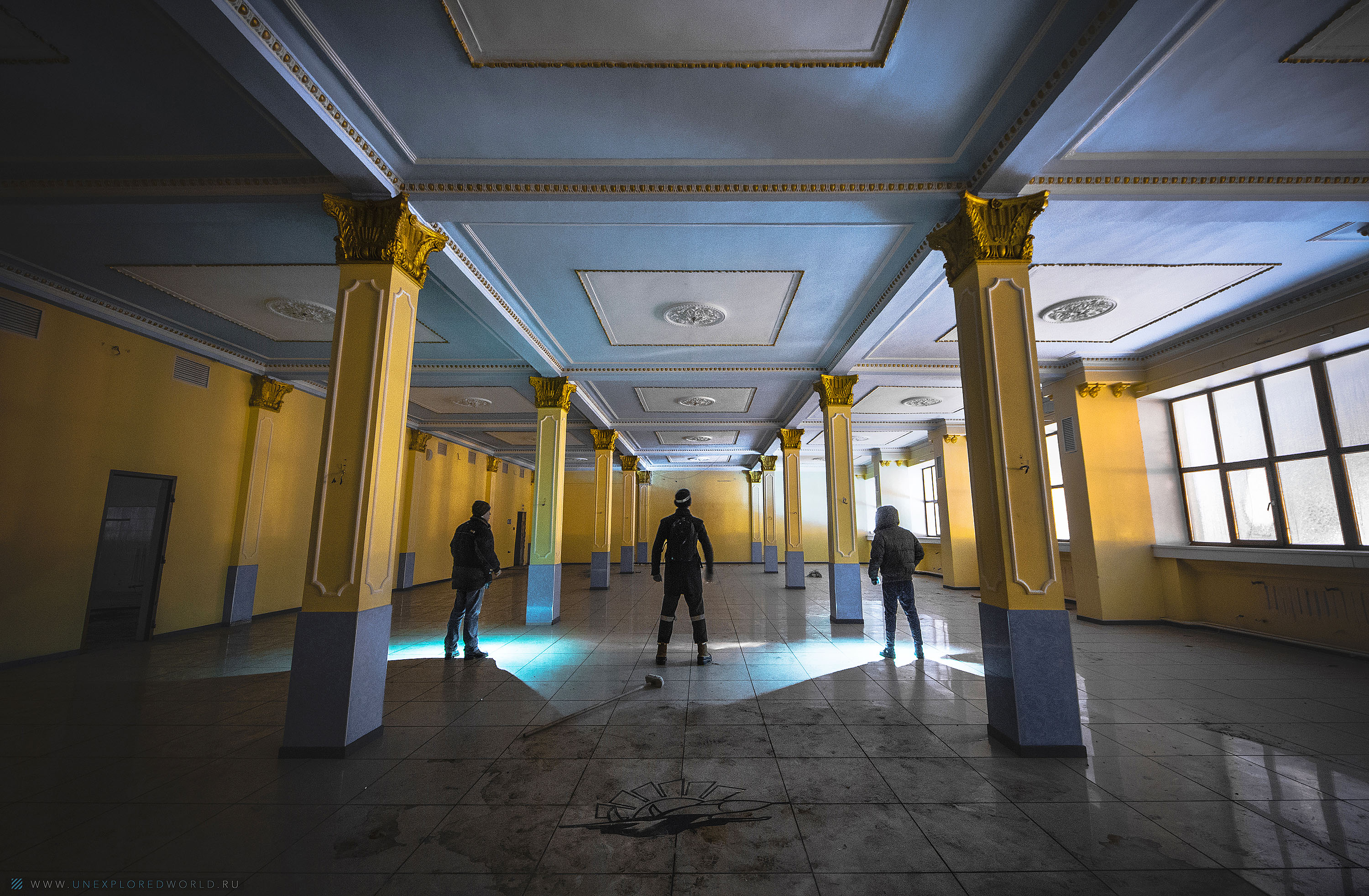 On the surface, it was not the most conspicuous house: 3 floors of meager architecture and no impulses of Soviet grandeur. It did not seem to be abandoned at all, because in some rooms the lights were on. However, something did catch our attention. The strongest snowfalls that have fallen in recent days have covered the central entrance by almost half, and no one was in a hurry to rake it. Moreover, none of the entrances to the building had any traces at all. Coincidence?

However, with all the external scarcity, it turned out to be just incredibly beautiful inside. 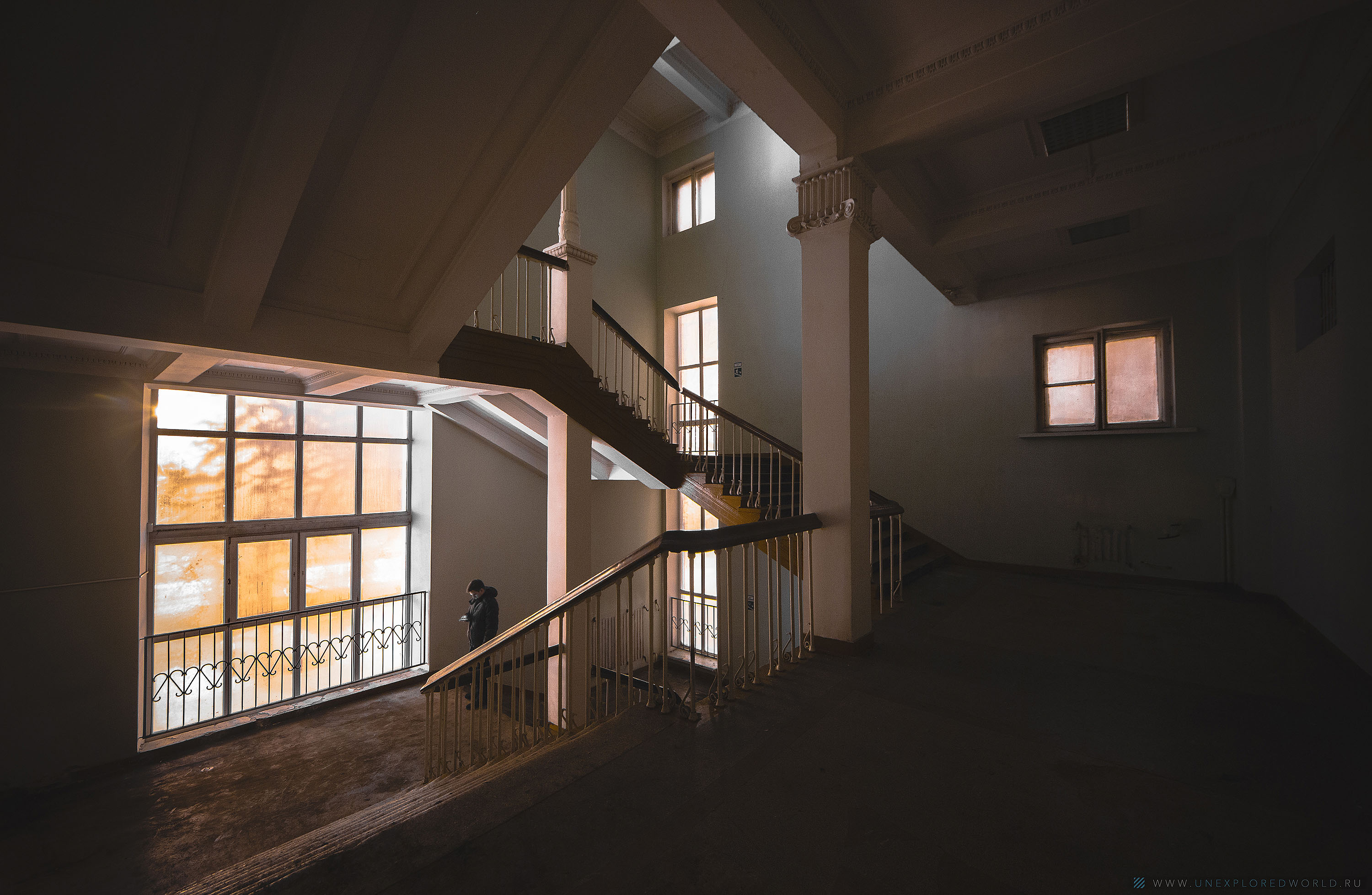 There were moments when you stood and thought: "This is horror, someone wants to play a game with you." 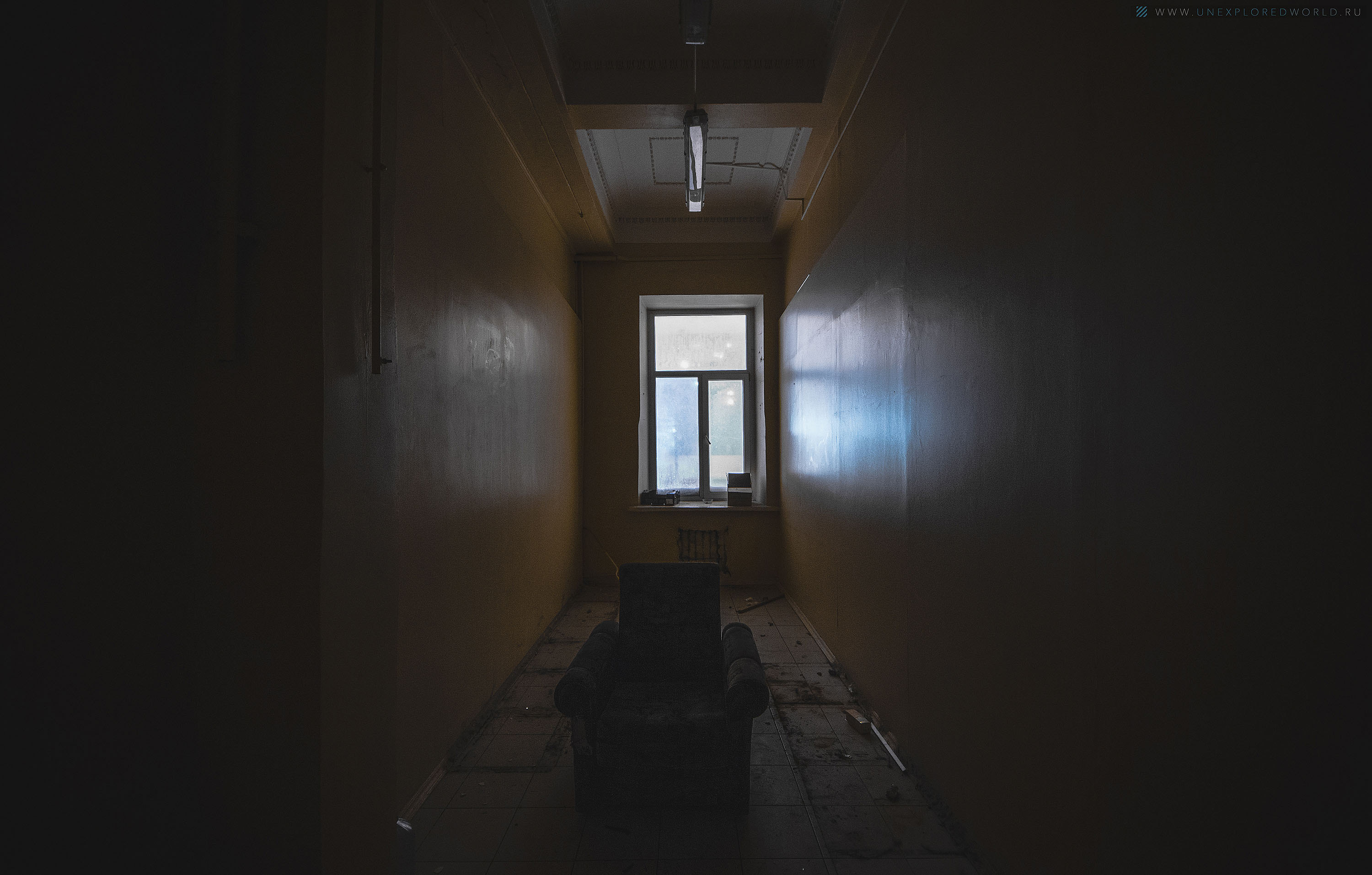 And there were moments when you stand and think: "Wow ..." 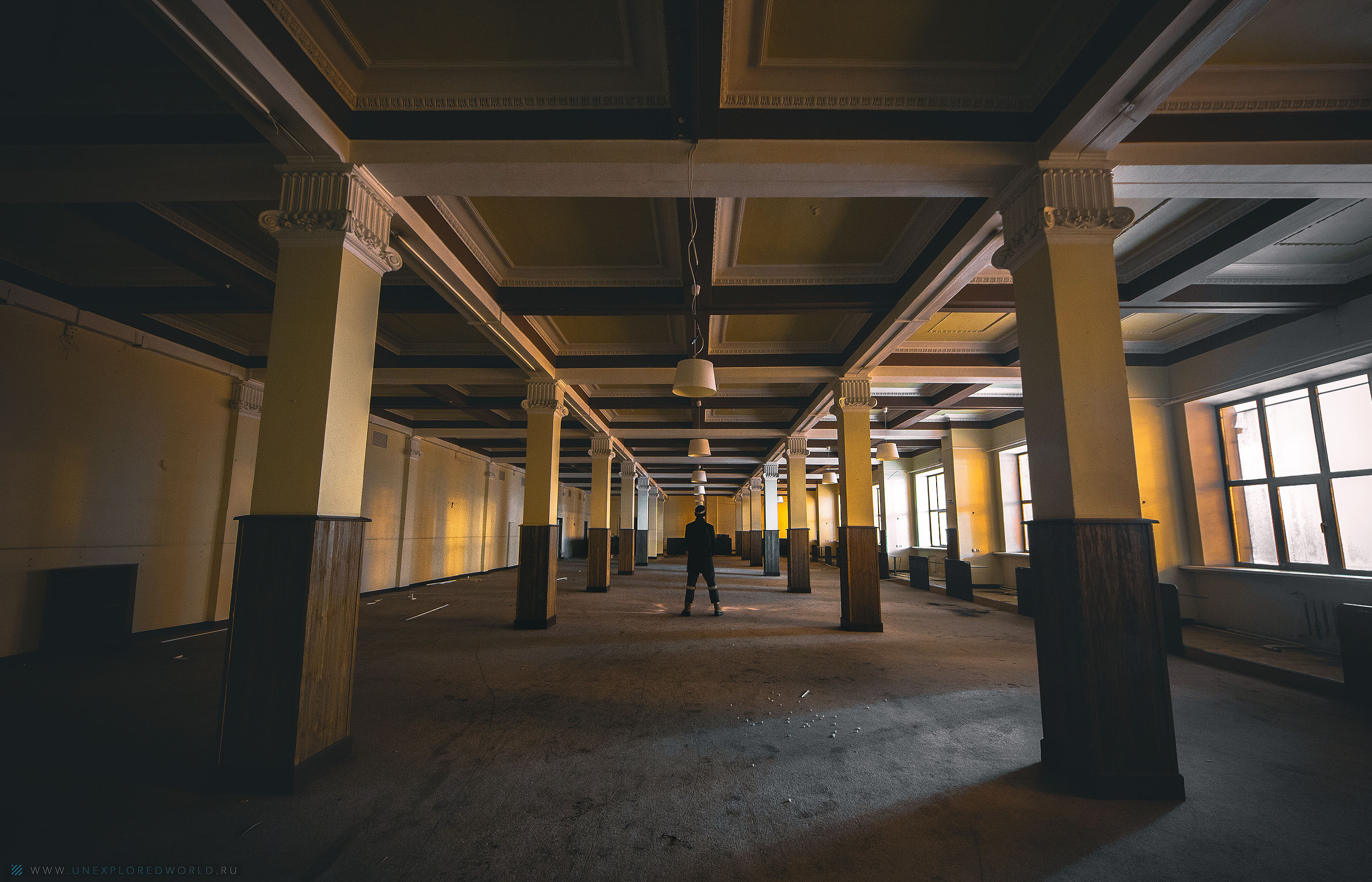 It was a food combine. Once upon a time, a lot of food was made here. Lots of food. A variety of confectionery products were held in high esteem. 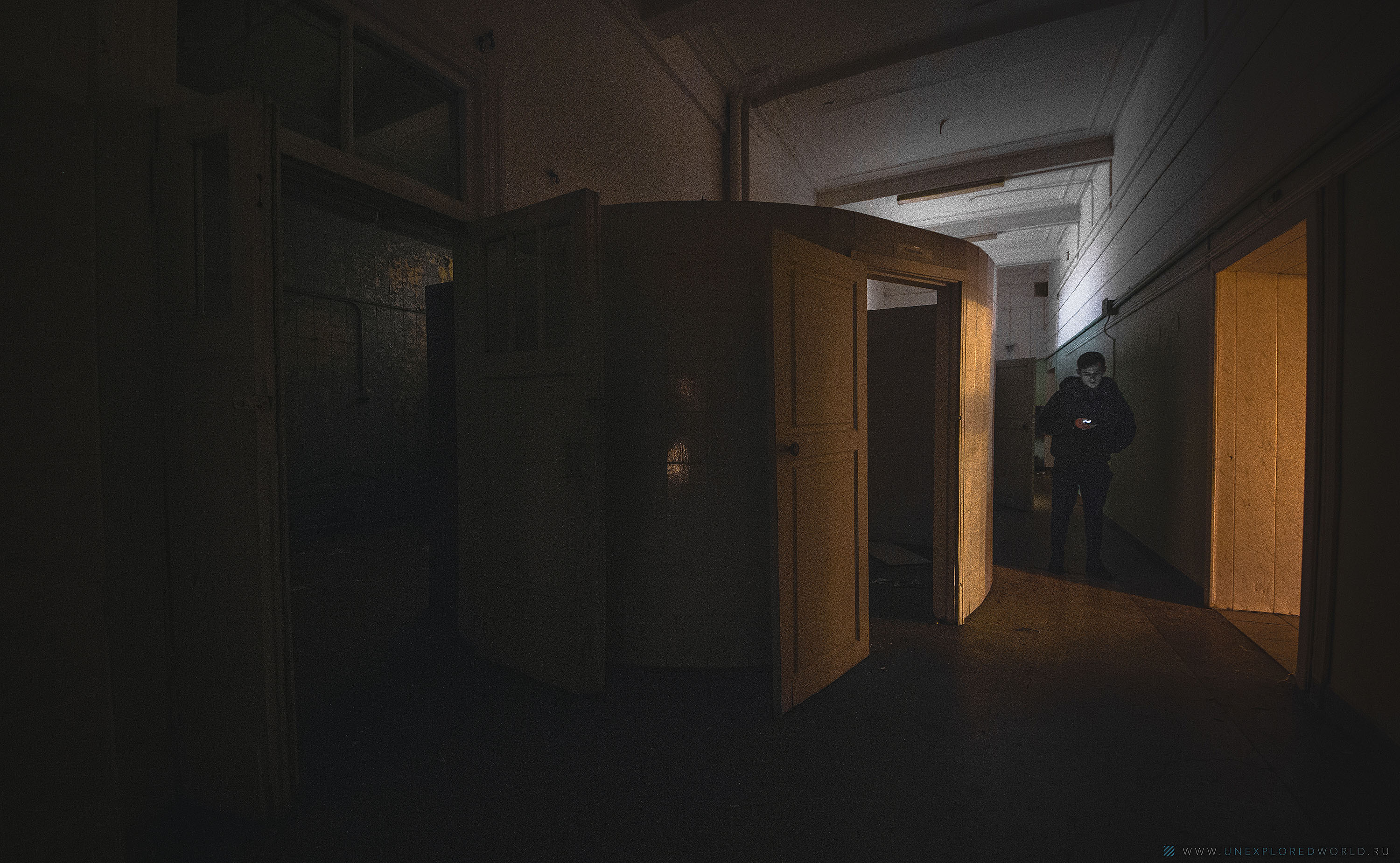 They even handed out sausage here! 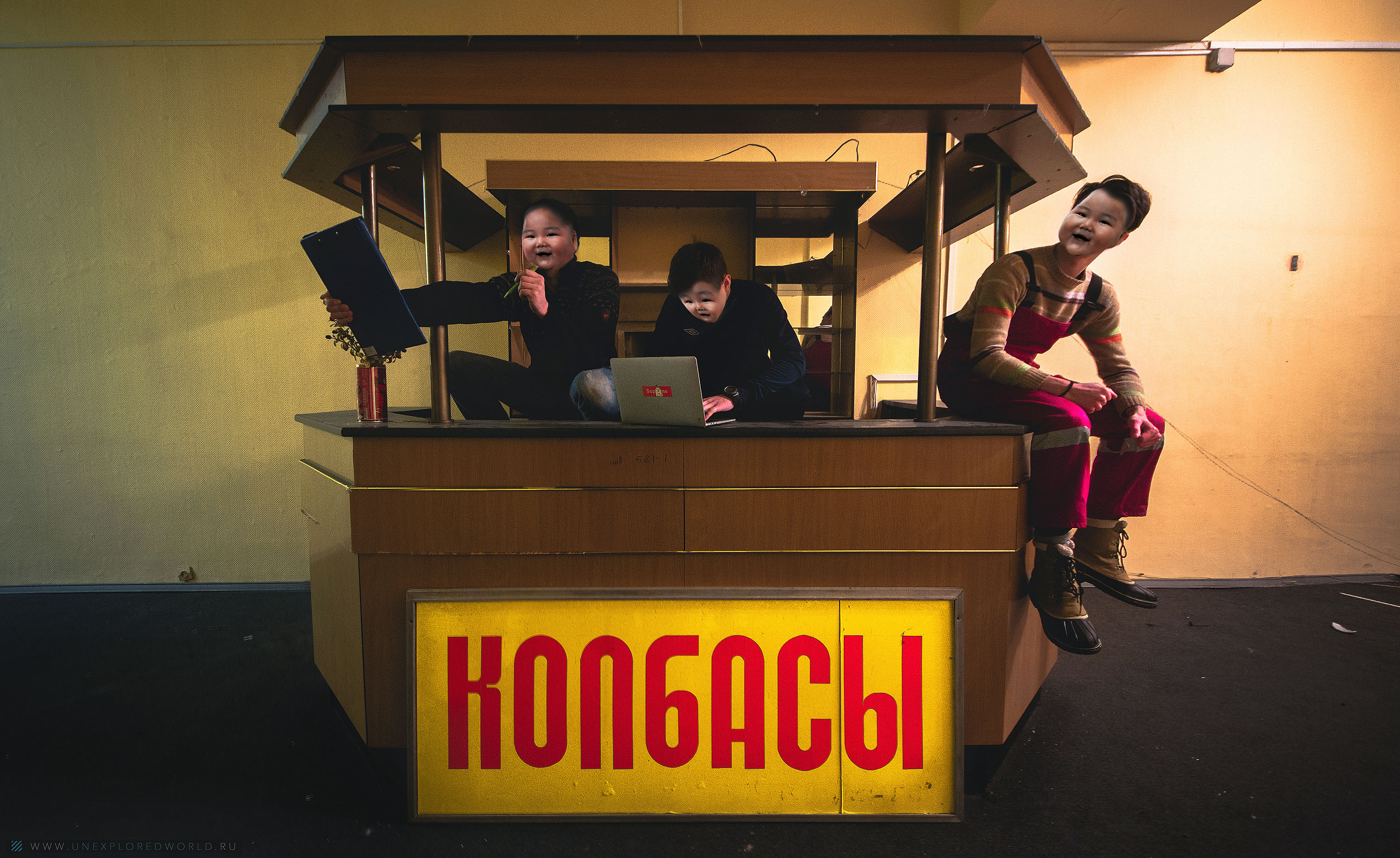 Now it is an empty palace within modest walls. Its magnificence is kept secret, and people walking along the street do not even know what beauty is hidden near them. 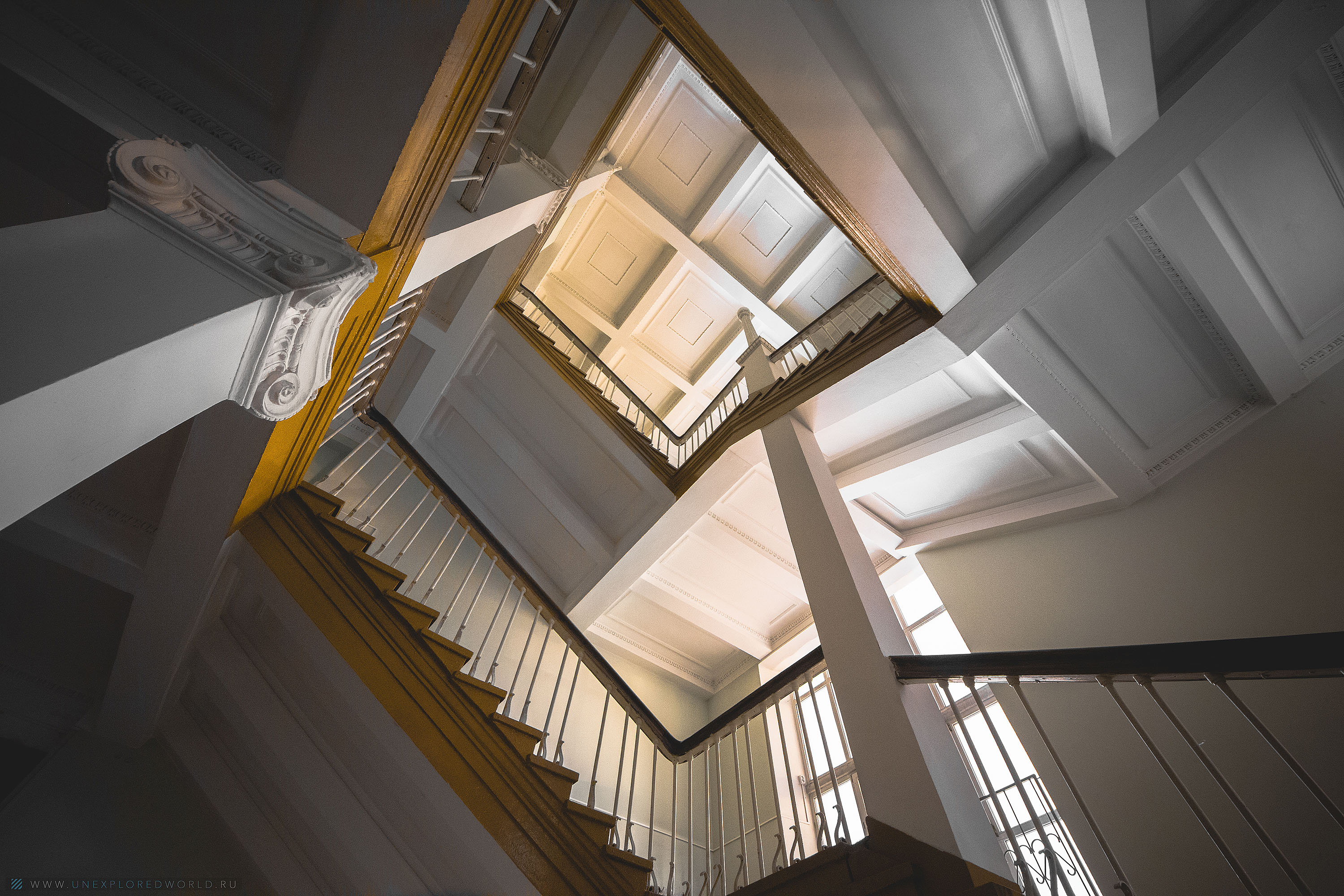 Almost all valuables have already been removed from here. The building is definitely no longer operational, but has not yet been abandoned. It is maintained in a more or less well-groomed condition, but most likely this will not last long. 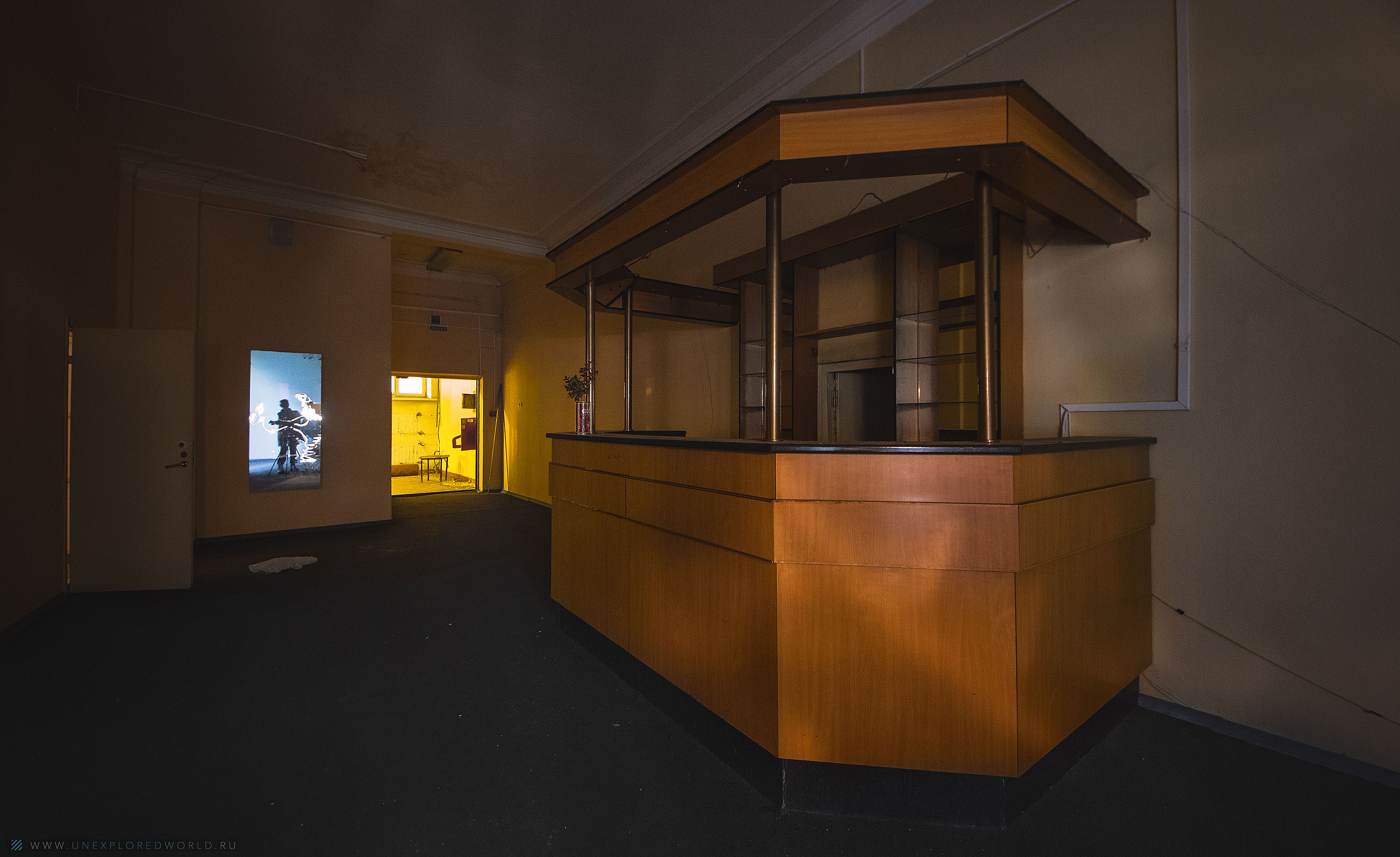 All events and phenomena become essentially irreversible. Energy dissipates everywhere and always; the world is the center of degeneration phenomena. We are children of chaos, and at the core of every change lies decay. Initially, there is only a process of dispersion, degradation; everything is overwhelmed by a wave of chaos that has no cause and no explanation. There is no original purpose in this process, there is only continuous movement in it.

This is how the second law of thermodynamics is simply transferred to the life of the system. Any system: it doesn't matter whether it is a solar system or a system of labor organization. There are things that have already been thought out for us. 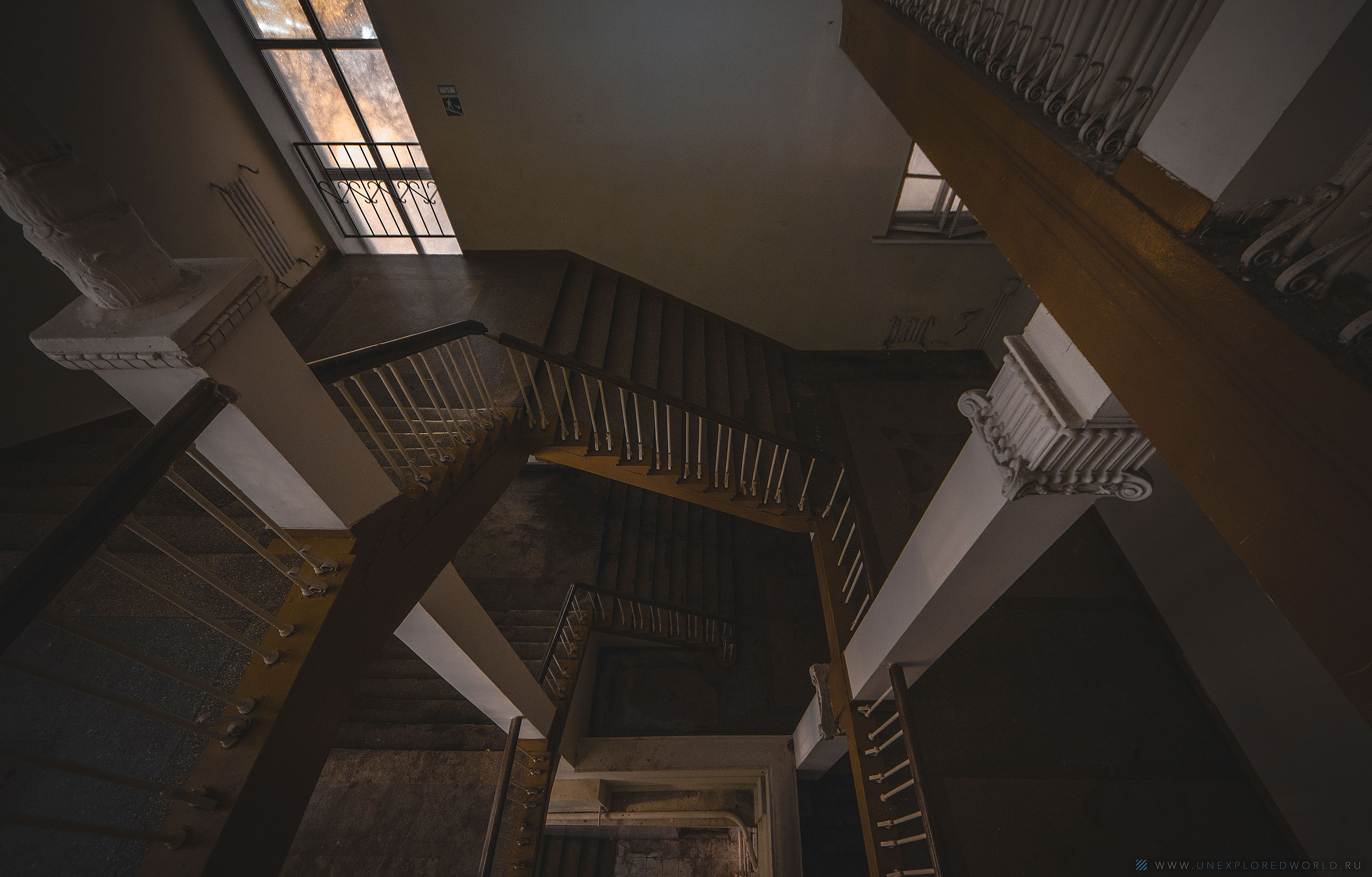 And this is not just a system. This is an order. This is an engine - literally and figuratively. In addition to the food plant, this includes a lot more. A lot of things. And so that you can become a part of something big, or to emphasize the importance of this very “big”, a sign was left on the floor. He will help you join the order. 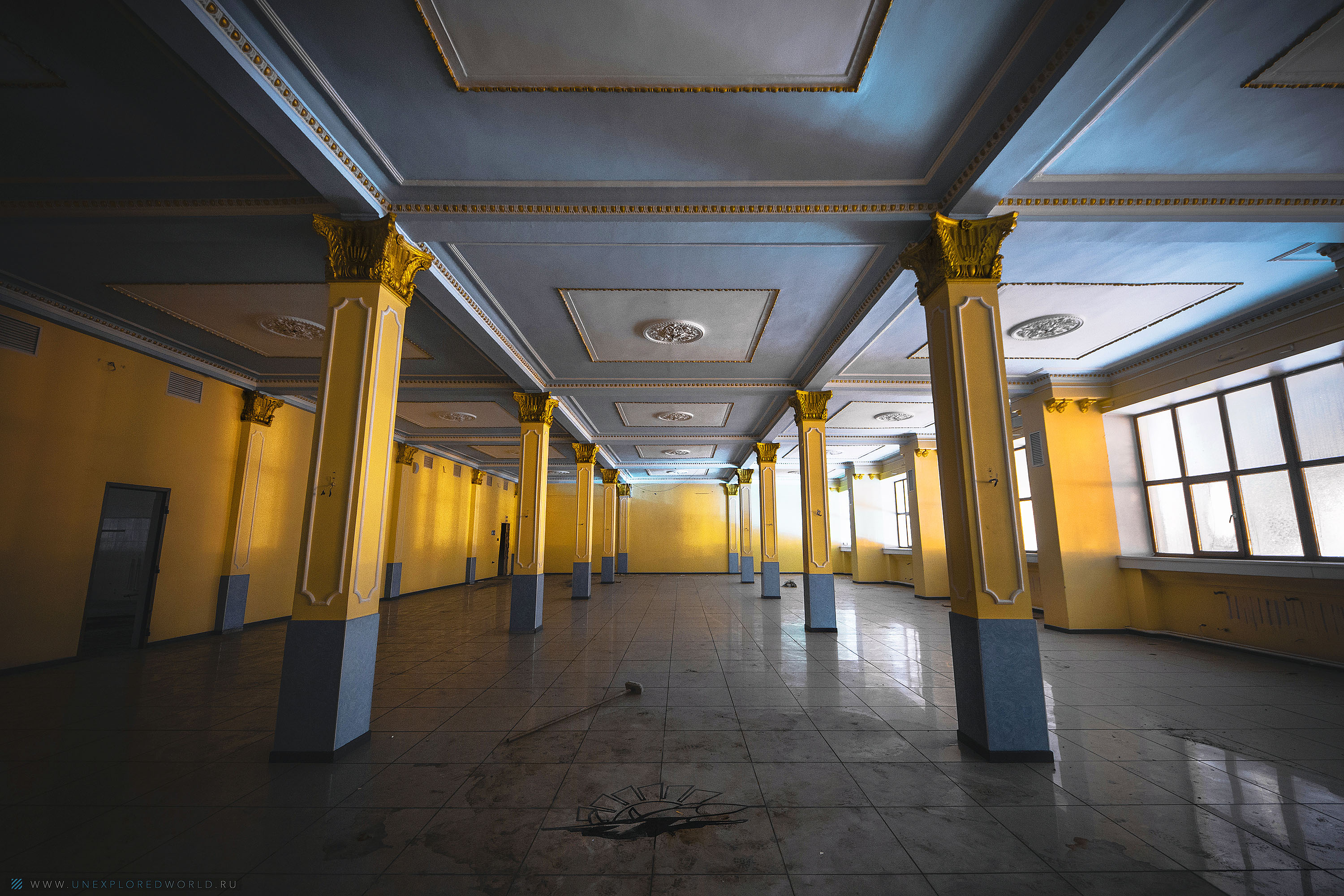 That's all there is to it. Thank you for the attention! Yours sincerely, UnexploredWorldTeam.

If you do not want to miss new, no less interesting reports, subscribe to us on social networks!